So I've got this blog documenting my path from running in shoes to running barefoot/minimalist and now back to minimalist shoes, but I've recently realised that people don't know anything about me, my running background or my motivations for ditching the shoes and heading down the barefoot/minimalist road, so here it is. This is my Who, What, Why and When page.

I'm Colin Seymour, born and brought up in the leafy northern suburbs of Johannesburg, 🇿🇦 and now living in one of the home counties in 🇬🇧.

What Is My Running Experience

My running career stated when I was 11 when I ran my first "long distance" race of 400m in primary school. I led the race for the first 300m and then hit the wall, and hit it hard. I finished stone last, but I loved the feeling I got from running.

High school was the place where I really got hooked on sports: swimming, hockey and running - cross-country, track and road - in particular the running. My first year of high school saw me join the cross-country team and make it through to the provincial trials, run my first 10km (The Rand Athletic Club 10K) in about 48mins and redeem myself on the track by competing at 400m, 800m and 1500m and going on to the English (as opposed to the Afrikaans) schools trials in 800m and 1500m.

All through high school, I continued to compete aggressively and successfully in all the sports I could - summer: first team swimming including the Midmar Mile three times; autumn: cross-country and hockey (1st team in my last 2 years); winter: first team athletics and spring was technically meant to be devoted to studying, though I still swam and ran - I entered road races all year round.

As the years went on, my love of road running grew, and so did the distances. I was soon regularly clocking up sub-40min 10k's, sub-60min 15k's, sub 90-min half marathons and I'd even run a 32km race - the RAC Tough One - by the time I matriculated top of the class at 17.

I ran my first marathon at 18. It was a terrible run, but I didn't really care as I didn't run it for a marathon PB. I ran it purely to get the qualifying time I needed to run my first ultra-marathon: the 56Km Two Oceans Marathon (what a brilliant race):

I also took part in several duathlons and sprint-distance triathlons.

Sadly, my last official road race, and technically the start of a long hiatus from running was the Randburg Harrier's Valentines 10km Nite race which I ran the week before I packed my bags and moved to the UK in 1999.

Thankfully, I wasn't plagued by many injuries in my early days. The only recurring injuries I encountered were the "too fast, too soon" variety, namely runner's knee and shin splints. Both of which only seemed to occur late summer as I transitioned from competitive swimming to cross-country training and could easily be attributed to me being a little over eager to get up to speed.

The only major "injury" I suffered was plantar fasciitis that struck in the final stages of the Two Oceans marathon. Thankfully I was young and a strong runner at the time so recovered very quickly.

So Why Did I Pick Up Running Again?

After 5 years without running any significant distance (10 - 20 mins on a treadmill really doesn't count as running), a lot of real ale, and a dedication to shifting lead (aka weightlifting), I started to miss running. I missed the grace. I missed the speed. I missed the feeling of freedom. I missed the runner's high. I missed the "me" time.

So I started to put the wheels in motion to get myself back on the road. I went out and bought a brand new expensive pair of running shoes, I started running short distances and slowly built them up and then WHAM!!! It started to hurt, and badly and for a long time.

Thanks to the love of real ale and my commitment to packing on muscle, I've gained a fair amount of weight. This new found weight and lack of running meant my body couldn't really remember how it used to run. Attempts to pick up running again over the 10 years that followed my decision to start running again were sporadic and without true commitment as I still wanted to keep up the gym time, but also because it kept hurting, and a lot more than I ever remembered before.

The pains and niggles would also keep me off the road for several weeks at a time. It was like three steps forward, two steps back. Shin splints. Runner's knee. Twinges of plantar fasciitis. They all started to show themselves and didn't disappear quickly when I stopped running. I bought better shoes and the problems kept coming back, so I sort of gave up trying.

Then I happened to stumble upon my Two Oceans results again and that seemed to be the motivator I needed. Something twigged. If I was going to pick up running again, I had to stop spending so much time in the gym and dedicate my time to my old passion.

So that's what I did, but this time I was going to do it right.

I started researching on how I could improve my running form, and that's when I discovered the POSE method of running. As I read the book, watched the videos and trawled the forums, I soon found a pattern: people were not running in expensive shoes. They were running in what I would consider one up from plimsolls - light thin-soled shoes. In fact the most popular pair of shoes were the Puma H-Streets.

Of course it didn't stop there, there were also quite a lot of people who'd taken the second recommendation on choosing shoes for POSE running - "2. The shoes should have thin soles, with no cushioning at all." - quite literally by going completely barefoot.

This struck a chord with me as for years I'd been told I needed support, cushioning, anti-pronation technology etc etc and if I didn't have it, I'd get hurt, but here were people, like Barefoot Ted, who were running considerable distances quite happily without all this technology strapped to the bottom of their feet. So I started researching and the more I did, the more I found out about the benefits, financially, but more importantly, bio-mechanically, of running barefoot. I also discovered the Vibram Five Fingers, bought myself a pair, took them for a spin and loved every step of that run. That was the turning point and the point where I decided that I'd transition away from running in heavy expensive "running shoes" to barefoot or minimalist shoes.

I also promised myself that I would make a concerted effort this time and try my hardest to take it slowly as I am technically learning to run all over again and that's what this blog is all about. What better way to force yourself to do something than advertise it to those who want to see it.

I am still running, a lot, and I mean a lot. I regularly run over 100km per week. I train predominantly in my new favourite minimalist shoe: Luna Sandals and race on the road in Inov-8 Road-X-Treme 138's and offroad in Inov-8 X-Talon 200's. I still do a bit of barefoot running, but mostly in training and on grass.

I've run the Comrades marathon, and my PBs are pretty impressive with all but the 5k and 5 mile being set this year.

Want to follow me, and I don't mean because you run slower than me or you're a stalker 😜, then you can do so in loads of places: 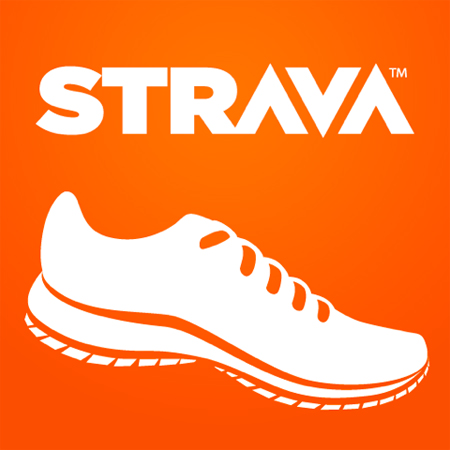 If you spot any problems or just want to get in touch about something that doesn't warrant a comment on one of my posts, feel free to drop me a line via Twitter: