As with the Chicago marathon, all the stars finally aligned and I was able to take up my COVID 🦠 deferred 2020 New York marathon place this year and finally ticked off marathon major number five. The race itself was fantastic, but the bonkers climate killed any plans of another fast race for me and just helped confirm that I'm still really 💩 at running hot humid marathons without, what is now a “tradition”, a spectacularly massive overheating detonation. But I beat Galen Rupp who 💥 sooner and worse than me 😁

I didn't train specifically for this race as it is only a month after Chicago, so all of the training for that race applies to this race too. I took a week off after Chicago and then picked up where I left off with the same structure, workouts and times/distances in a bid to keep as much fitness as possible without burning out or getting bored. This seemed to work a treat as I went into the race feeling great and confident I could dip under 3 hours again. 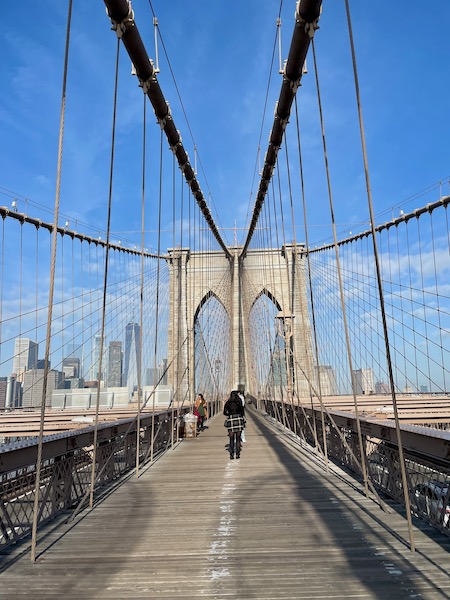 As with Chicago, the Mrs and I flew out to New York on the Thursday before, however unlike Chicago, getting from the airport to our hotel in Brooklyn went smoothly and without a hitch. We had considered using the new myMTA app, but you couldn't use it for the trip from the airport at the time so we had no choice but to pay for a card which we then ended up using for the rest of the long weekend.

We had a quiet chilled evening with a few beers at the new Sixpoint brewery taproom in the Dekalb Market Hall (great food hall which we spent waaay too much time in 🫢). Friday morning was a beautiful crisp morning so we walked over the Brooklyn bridge before catching the subway up to the expo center to collect my number. Oh boy, what a bunfight!! The main hall itself wasn't very busy but the official merch area was packed with two massive queues which trickled along very slowly and ended up adding a lot of bodies to the already busy area. Saturday was spent wondering around Brooklyn, visiting Trader Joe's (treats and breakfast), the Timeout Market in DUMBO for lunch, and finally Whole Foods for their dinner box and a few beers.

Getting to the Start

Race morning is the part most people fear at New York and I was the same, however everything turned out perfectly. I'm going to go into a little more detail here for anyone else who stumbles upon this panicking about getting to the start.

First up: I was on the blue start, wave 1, corral B so my start time was 9:15am. As I was coming in from Brooklyn, I planned on catching the ferry and was suggested to catch one of the three from 5:15 onwards. I opted for the middle at 5:45 and planned to get to the ferry terminal with plenty time to cater for crowds and have some buffer if I couldn't catch my booked crossing.

The basic time line to the start was:

So whilst this was probably one of the longest "get to the start" process I've ever done - I think getting to the start of the Comrades downrun may have been longer - it went flawlessly but entailed more waiting around than I'd have preferred. I could probably have left things a little later, but I wouldn't have left it much later as the anxiety of missing my start would have made things worse than sitting around twiddling my thumbs.

Given the time of year, I had planned on it being on the chillier side of things making for great racing conditions ripe for a comfortable sub-3, however this wasn't the case. It was incredibly warm and very humid right from the start. As I mentioned earlier, it was already 18ºC and 86% humidity at 5am, and it didn't get much better as the day went on. My plan was to run this race at the more conservative end of the power ranges I used for Chicago to take into account the more undulating terrain, with a last minute slight lowering of the power range when I found it was going to be a warm sticky race.

With this race stategy in mind, I took things very easy over the Verrazzano Bridge, though it was tempting to go with the crowds, and settled comfortably into my planned power range once on the other side. I ticked along comfortably taking in the incredible crowds and the excitement and vibe of the event, especially through Brooklyn, and then the heat started to set in and things started to feel a little harder. I had hoped I'd been managing my body temperature sufficiently well up to this point by dousing myself in water at every opportunity but I clearly hadn't done a good enough job as I really started to struggle with the heat at about 30km and then completely blew up at 32km due to overheating… I could feel the heat radiating off my body and I couldn't cool it. I managed to grab an ice pack from one of the medical tents (they were handing them out, I didn't nick it) and empty it into my hat and wear it and whilst it helped make my head feel cooler, it didn't do much for my torso which was really hot. This forced slower pace with lots of water, walking and actively rubbing ice all over my neck and torso helped cool me down a little bit but then I started to get those tell-tale signs of cramping I've experienced in hot marathons in the past so I eased off even more… I didn't wanted to finish this race in a ball of tears like I did Berlin in 2016, the first warm race in which I seriously and excruciatingly cramped up.

In the end I ran-walked the final 8-10km and finished in my slowest time for a major… three minutes slower than Berlin!! That said, I'm not upset at all. It was a great race with an amazing crowd made brutal by the conditions and not anything I did. There's also the fact that had I been able to run it in 2021 (deferred from 2020 but couldn't run because the US weren't allowing foreigners into the country), it would have been much slower as I was still struggling with leg pains then.

Looking at the lap times, I appear to have bumped the lap button twice: once at about 28km and then again at about 32km as these are very fast without explanation. It also might explain why I appear to have run 2km further than I should have 🤷‍♂️.

The end of the race experience at New York is definitely not like any of the other majors I've run. There isn't a post-race village or area to sit and relax and enjoy the atmosphere with family and friends. You're forced to walk a long winding route along the edge of the park down towards Colombus Circle before being spat out onto the streets with loads of people and little more to do than continue to walk. Thankfully my legs didn't cramp, though they did get close, so I managed to locate the Mrs - I didn't check a bag in the end - and walk the many blocks to the subway to catch the train back to Brooklyn.

Once back in Brooklyn, I had a shower and we headed back to the Sixpoint Brewery for the pizza and few really strong beers I restrained myself from having in the days before - they were well worth the wait.

Monday was spent wondering more of Brooklyn around the Prospect Park area and another visit to the Dekalb Market Hall. We jetted our way back to the UK on Tuesday evening.

All in all, a fabulous long weekend with a great race made difficult by the weather. 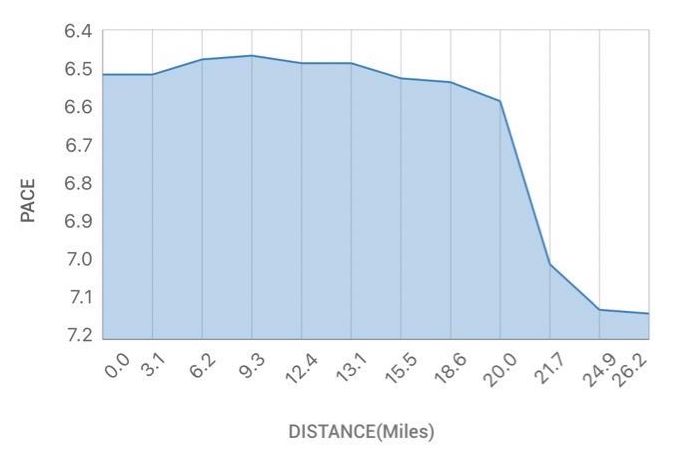