The Manchester marathon was the first real big test of my Comrades training. I deliberately did not train specifically for it as I intended on treating it as a training run for Comrades and a "tester" to see how my training was progressing, but of course with Manchester being a very flat and fast route, there was no way I wasn't going to have a good go at things either.

As you can see from March's review, I finished off the week before the Manchester marathon with my biggest week ever at 170.9k and opted for a rapid week long mini-taper… ie I sat on my butt for three of the seven days. This seemed to work really well as I woke up on Sunday morning feeling great, despite a restless night's sleep.

I went into the race with a sub-2:45 time in mind so set a goal pace of 3:54/km, but I wasn't sticking to it too strictly as this was a week after a big week and not a race I'd specifically tapered for.

Things started off really well and I found the 3:54 pace really easy. So easy that I ran quicker than my planned pace until the 26th km when I finally slowed slightly. I then held a pretty consistent pace around 3:54 right until the end. How consistently? My pace variability for the entire race was 4% according to SmashRun an is quite clear from the Strava pace analysis: 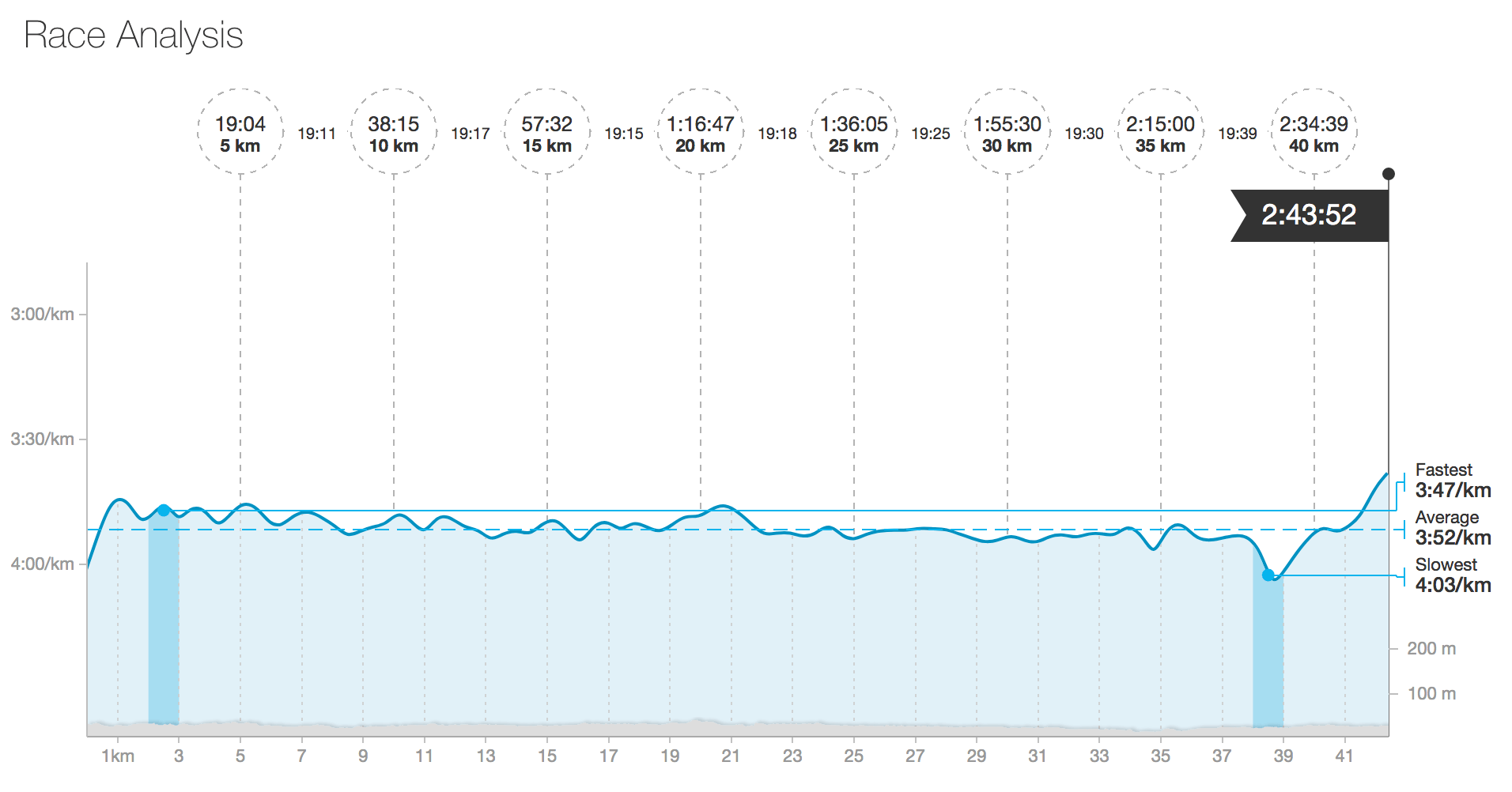 I felt really good throughout the race but definitely found holding this pace a little tougher towards the end. My mind was telling me to hold back something for the end but my legs were telling me to just keep ticking over the k's at my planned pace so I followed my legs, which is just as well as I didn't have much left in the legs for my characteristic kick at the end as we can see from the finish line video…

I just ambled across the finish line 😁, but I was very chuffed with myself. I'd finally got the sub-2:45 I'd wanted from Berlin last year and in the process smashed my previous PB by nearly 4 minutes. I also now qualify for the Championship start at London next year, if I choose to enter it. Who am I kidding, of course I'm going to enter 😁.

The Manchester marathon is a fantastic flat and well organised race with a great crowd throughout. I also found it quite warming and familiar to hear my name being called out in a genuine friendly and encouraging way in a Mancunian accent. 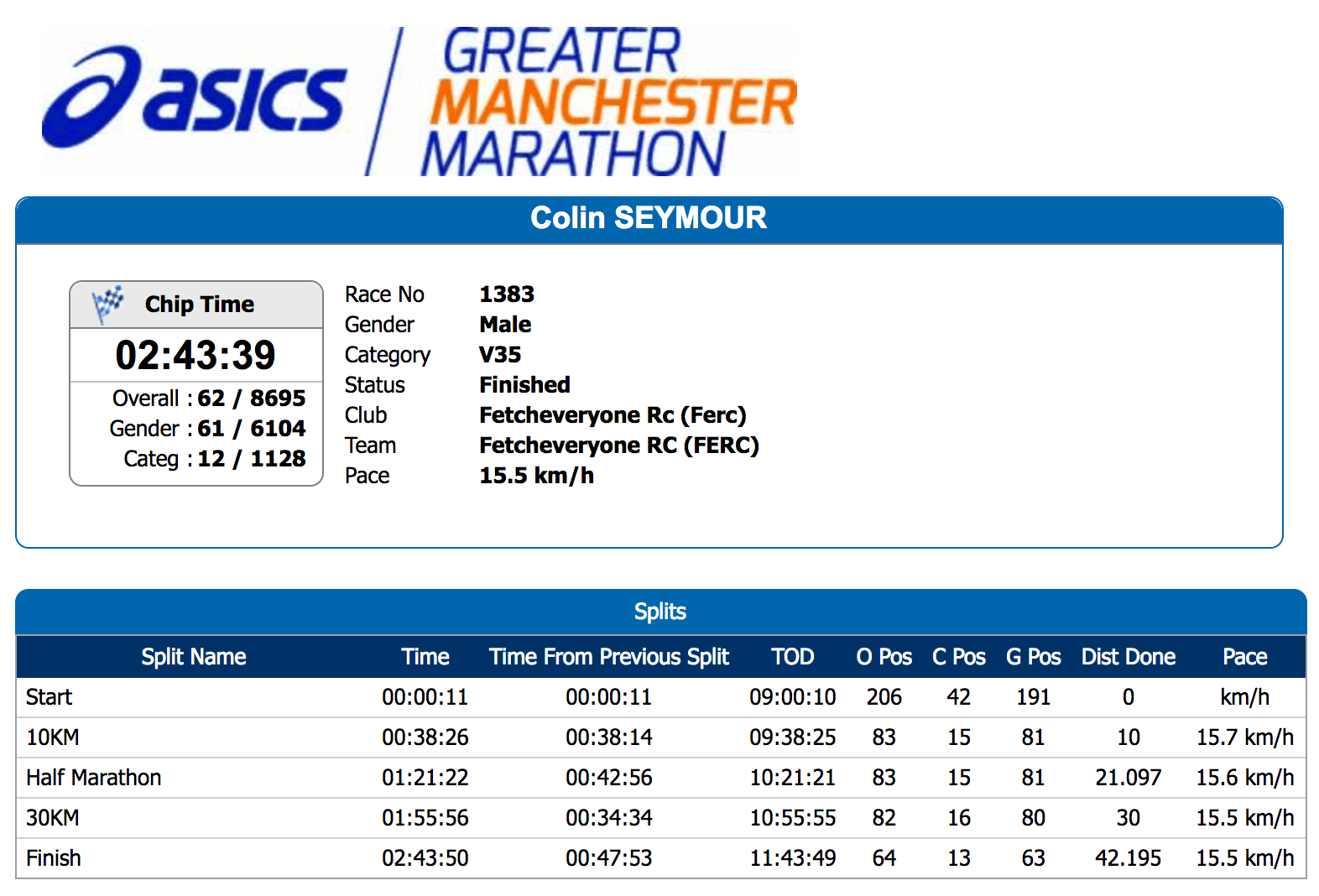