I've just got home from my first run of the year and what better time to take a quick look back at what last year involved in my world of running.

Strava has done some of the work for me in my 2017 Year in Sport video and finishes off with this nice summary, which includes all the cycling and running in the same stats: 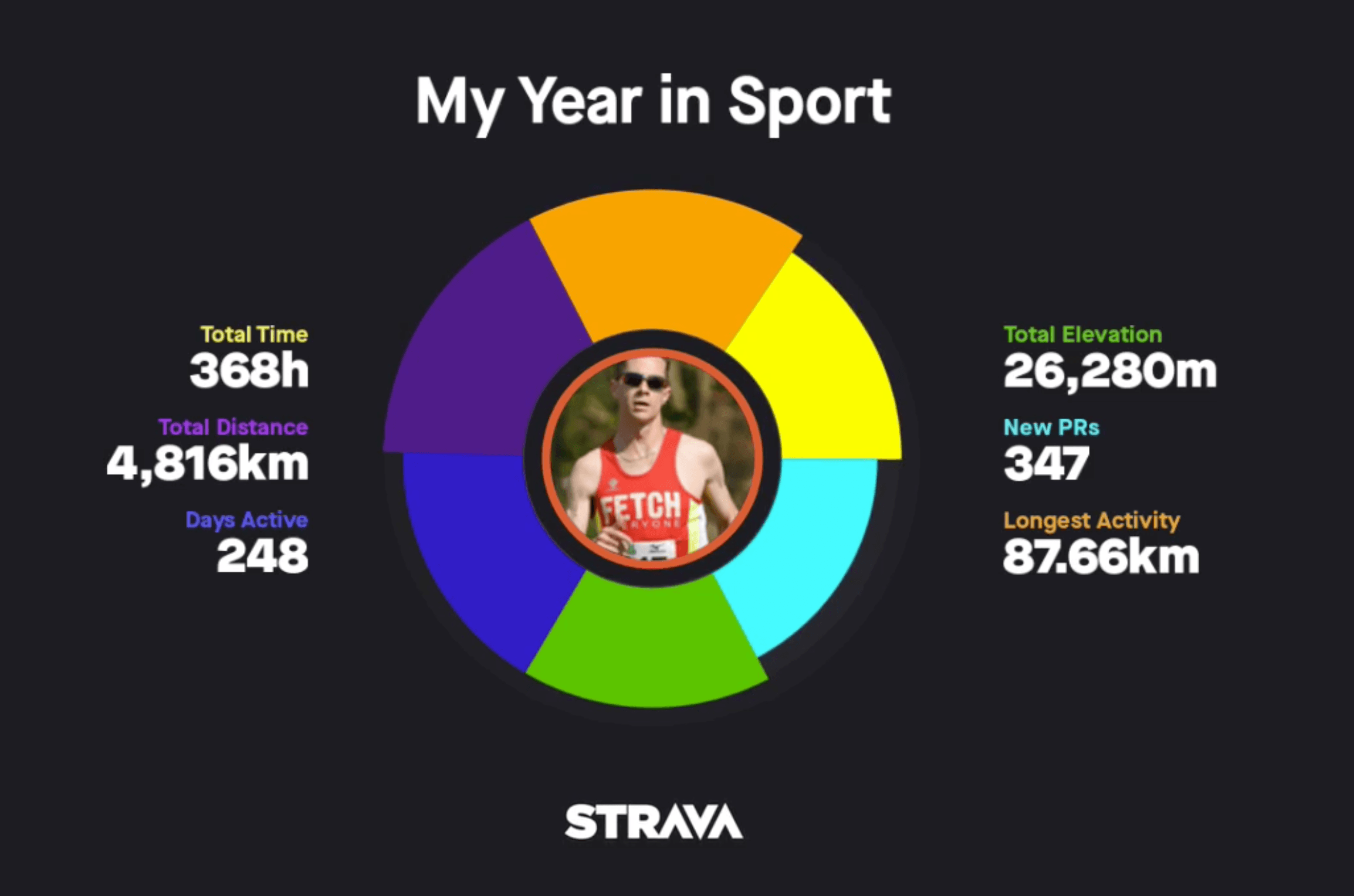 This is nice, but I'd like to break things down a bit more as this year has definitely been my best running year to date. Lucky for me, Smashrun has done most of the work for me too: 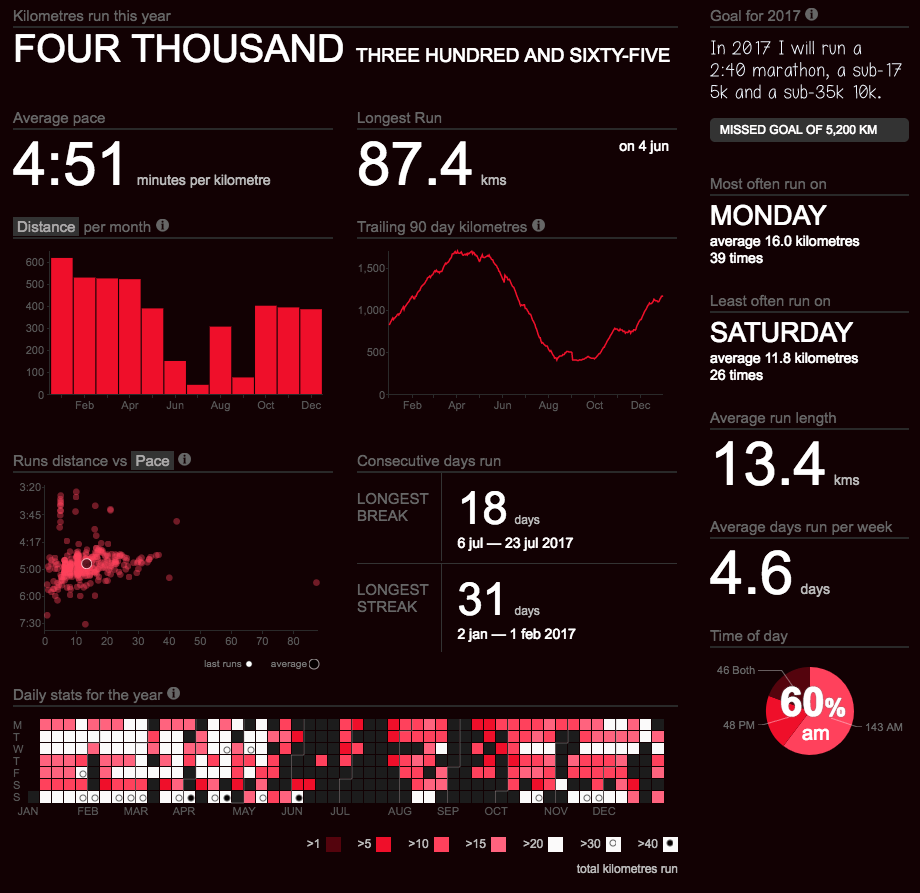 A few other interesting stats:

As with previous years, I've continued to concentrate on using MAF as the foundation of my training. 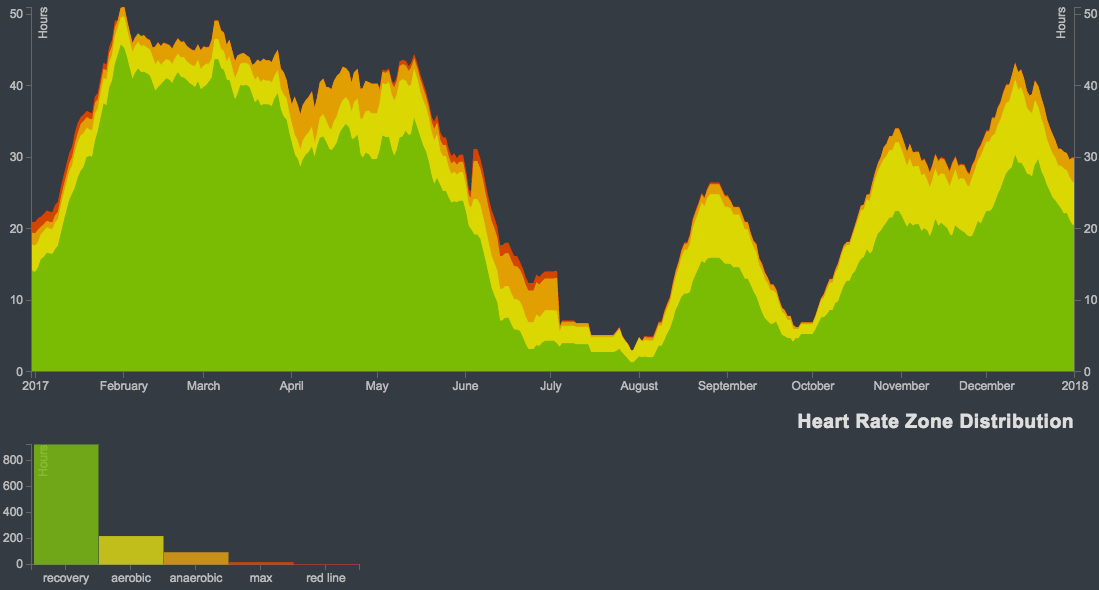 This year, the Comrades marathon was my A race so all training was directed towards getting me through the gruelling race, and with great results too. I used the 18 week Pfitzinger 85+ miles per week programme from the Advanced Marathoning book as a guide for my training as I said I would, with all the tweaks I'd planned. This worked brilliantly with me smashing new PBs in all distances I actually raced and successfully completed the Comrades Marathon.

The only downside to this year is I suffered from incredibly tight calves in the months building up to Comrades. I ran Comrades, recovered for a week, ran Greenpoint parkrun and then did a long run from Camps Bay, up Lion's Head, across to Signal Hill and back down to Camps Bay. This was really rocky and tricky and incredibly tough on my achilles tendons and probably not the best idea so close to finishing Comrades. As a result, I found I couldn't run comfortably so sidelined myself for the middle of the year to recover as you can see from the graph above.

I've since learnt that this tension in my calves is likely to be linked to low mineral levels as since October, I've been deliberately supplementing with potassium, sodium and magnesium salts twice a day, along with some pretty tough myofacial stretching and this has worked wonders in loosening up my calves and achilles.

As pointed out above, I set PBs in all distances I raced this year, some of which were pretty large leaps too.

Nothing has changed much in this respect since last year. To quote:

This year I'm going for the Comrades back-to-back so the first half of the year is all about training for Comrades. As part of this training I'm going to use the same approach as last year, namely use the 18 week Pfitzinger 85+ miles per week programme from the Advanced Marathoning book as a guide, and then throw in the following tweaks:

These tweaks should push the aerobic/balls-to-the-wall balance more closely to 80/20 and hopefully result in me going into Comrades a much stronger and faster runner than last year. This should in turn pay off in all my other racing and hopefully protect me from injury so I can run all year.

I've not planned all my racing for the year as I don't know how I'll get on at Comrades, but my build up includes the following races:

I'll probably throw in a few other races and parkruns too.